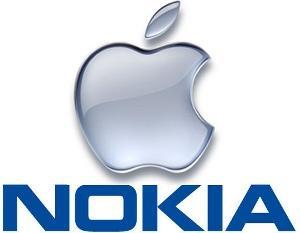 On Dec. 21, 2016, Nokia launched patent-infringement lawsuits against Apple, claiming the firm is illegally using Nokia technology in iPhones, iPads and other popular devices.
The infringed patents were related to software, video coding, chipsets, display, UI and antenna.
Nokia and Apple announced in May 2017 that they have settled all litigation related to their intellectual property dispute and agreed a multi-year patent license.
“This is a meaningful agreement between Nokia and Apple,” said Maria Varsellona, Chief Legal Officer at Nokia.

“We are pleased with this resolution of our dispute and we look forward to expanding our business relationship with Nokia,” said Apple Chief Operating Officer Jeff Williams in the May press release.
Read more, here: nokiamob.net.

The lesson?
When you have cash enough, you can pay for a happy outcome.
No bad feelings. We love Nokia and Apple, too.