What changed for consumers and sellers on the Internet? 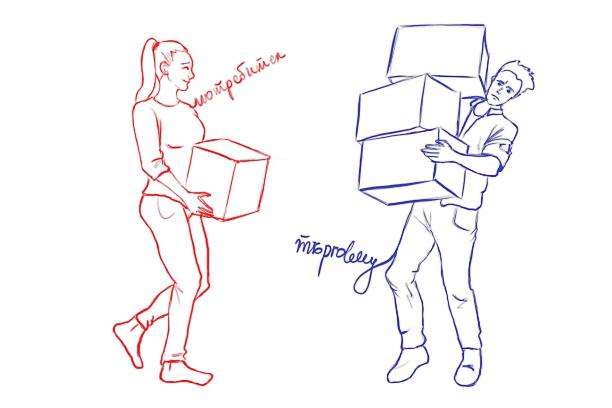 Regulation (EU) 2017/2394 of the European Parliament and of the Council of 12 December 2017 on cooperation between national authorities responsible for the enforcement of consumer protection laws and repealing Regulation (EC) No 2006/2004 (the “CPC Regulation“), was directly implemented into national law (the Bulgarian Consumer Protection Act) this February 2020 and can be viewed as a rather interesting and though-provoking piece of legislation.

The CPC Regulation “builds onto” the previous 2006 Regulation (the one that actually created the Consumer Protection Cooperation Network) because its purpose is to achieve a more effective coordination between the existing competent authorities. What the CPC Regulation achieved was the creation of a “single liaison office”, within each Member State. In order for the single liaison office to be able to effectively safeguard consumers’ rights, the CPC Regulation gave it “the minimum set of investigation and enforcement powers”. It is because of these changes in the EU legislation, that the Bulgarian Consumer Protection Act was amended this February and why the Bulgarian Consumer Protection Commission received significantly greater control.
If we “observe” this change from the “correct perspective” we will notice that the new CPC Regulation is simply an element of a much larger initiative of the EU legislators – the “New Deal for Consumers”. The New Deal creates stricter rules for the sellers across Europe (especially for the online sellers). The body of EU laws, regulating and modernising the consumer-seller relationship on the Internet is almost complete.
In this article, we will first focus on the changes that the CPC Regulation brought to the Bulgarian Consumer Act, we will then make a step back and try to see the wider context behind the CPC Regulation and finally, we will raise an important question: what does all of this mean for the SMEs?

What changes did the CPC Regulation bring to national law?
Under the new CPC Regulation ten competent public authorities, along with the Bulgarian Commission for Consumer Protection (in the role of a “single liaison office”) will receive new powers to tackle consumer law infringements. The new powers can be classified into two broad categories: investigation and enforcement powers.

The most extreme measures, namely:
(i) the power to remove content or to restrict access to an online interface or to order the explicit display of a warning to consumers when they access an online interface;
(ii) the power to order a hosting service provider to remove, disable or restrict access to an online interface; or
(iii) where appropriate, the power to order domain registries or registrars to delete a fully qualified domain name and to allow the competent authority concerned to register it
will be enforceable only by the Bulgarian Commission for Consumer Protection on the condition that the rest of the enforcement measures, available to the public bodies, did not manage to prevent or suspend the infringement. The ten other competent public authorities will be able to enforce these extreme measures only through the Bulgarian Commission for Consumer Protection.

What is the wider context behind the CPC Regulation?
It is a fact that the digital economy has created entirely new challenges for the consumers and their respective rights. A survey, conducted by Ipsos in 2019, illustrated that more than half (56%) of the Europeans surveyed experienced a form of fraud/scam in the last two years. ‘Monetary fraud’ was the type of fraud that was most frequently encountered (39%), followed by ‘identity theft’ (33% ) and ‘buying scams’(23%).

According to the same report, only 17% of the surveyed Bulgarian consumers have been victims of fraud/scam, making Bulgaria the country with the least scams in the EU. We should not be quick to make any conclusions, however, because only 14% of the Bulgarians that experienced fraud, reported it to the public authorities.

Bulgaria aside, the new CPC Regulation, as well as the Directives, part of the “New Deal for Consumers”, target the high rate of fraud/scams across Europe. The solution for the issue was only one - an increased amount of responsibilities and obligations for the services and goods providers.
Buying goods/services online has, undoubtedly, exposed the consumers and their rights to many new and different types of abuse, some of which have not always been obvious to the consumer. The effect of the European institutions’ actions can be illustrated well with a couple of examples:

Concerns addressed by the CPC Network and the respective commitments made by Booking.com
• Booking.com had been proposing alternative dates for the property, chosen by the consumer, while presenting the offered price for the alternative date as a discount. It soon became clear, however, that the prices offered and calculated in relation to the different stay dates vary in relation to seasonality and other occupancy factors and were not, in fact, “discounted”. Under EU law, such differences cannot be presented as a discount. The service provider no longer uses strikethroughs or terms such as “% off”, when proposing alternative offers for different dates.
• Booking.com allowed certain prices to appear on Booking. com as being offered for a limited time, even though they remained available after the expiry of the offer. Under EU law, this is forbidden and Booking.com made commitments to the Commission to ensure to present time-limited offers that actually expire after their end date.

Concerns addressed by the CPC Network and the respective commitments made by Airbnb:
• There was a concern about how Airbnb did not include all applicable extra charges (such as service, cleaning fees or local taxes) in the initial price quote given to consumers. Under EU consumer law, a price quote must include all fixed charges and taxes. If they can’t be calculated in advance, consumers must be clearly informed of the possibility that extra charges may apply. After commitments on the part of Airbnb, now every consumer is informed about the total price quote (which includes all mandatory charges and fees) from the outset.
• Another concern for consumers was the fact that search results on Airbnb did not distinguish between accommodations offered by private hosts and those provided by professionals. Under EU consumer law, there cannot be any ambiguity because this can affect consumers’ ability to make an informed choice. As a result, Airbnb now clearly distinguishes in all cases whether an accommodation is offered by a private host or a professional provider.

Concerns addressed by the CPC Network and the respective commitments made by Google and Apple:
• In the App Store, as well as in Google Play, some online games application were misleadingly advertised as “free”, even though the consumer would often have to pay for additional content and functionalities – the so called “in-app purchases”. After a close cooperation between the two platform providers and the authorities from the CPC Network, both platforms now display the text "In-App Purchases" in close proximity to the download button for all apps that are as "free" but that offer "in-app purchases".

Concerns addressed by the CPC Network and the respective commitments made by car rental companies:
• After a great cooperation between the European consumer authorities, the EU Commission and the five industry leaders (Avis, Europcar, Enterprise, Hertz and Sixt), the latter made commitments to change some of their practices:
(i) the total booking price will include all additional fees such as: airport fee, “additional driver” charge, “young driver” charge, “out-of-hours rentals” charge, specific fuel service charges, the ‘one way fee' (if the return location differs from the pick-up location);
(ii) the terms and conditions (and especially the key rental services) should be in the relevant language;
(iii) describe in clear terms when offering the final price, what is covered in the basic rental price regarding damages and which are the optional extras (for example insurance waivers, reducing the amount due in case of damage).

What all of these examples illustrate is the practical effect of the legislative activity of the European institutions, as well as the readiness and the efforts of some of the biggest service/goods-providers to make their business compliant. The new CPC Regulation empowers the competent public authorities and grants them new powers in order to tackle the alternative scenario: when the service/goods providers do not voluntarily cooperate with the public authorities and violate consumer law intentionally. It is namely in this scenario, when the new powers will allow the competent public authorities to work effectively and suspend or prevent an infringement.

All this sounds reasonable and logical, yet there is an important question that ought to be raised:
can the small and medium-sized enterprises (SMEs) be as responsive as the larger companies to the speed of legislative changes in the context of consumer law?

The speed with which the European institutions create new rules and with which the European Court of Justice interprets the body of law is increases exponentially. A SME has to continuously get informed about all relevant legal updates, to create and revise existing internal processes and to train their employees about all relevant legal rules and deadlines. A truly compliant business requires significant resources – not only financial ones, but human ones as well. And although the automatization has solved many of the issues with which the SMEs struggle with on a daily basis, the newly created powers for the competent national public authorities may sounds intimidating and overwhelming for an entrepreneur-enthusiast.

The developments in consumer law resemble to some extent the development in privacy law. The amount of obligations and responsibilities, that businesses were burdened with, grew exponentially. Yet, compared to the GDPR, where an important distinction is introduced between smaller and larger companies, European consumer law does not differentiate between the two.
Consumer rights and their effective enforcement is extremely important and this article does not want to underestimate them in any way. The harmonization of the currently fragmented national legal regimes is necessary, so as to ensure a truly effective and free internal market. However, the correct balance between the rights of consumers and the rights of sellers requires a fine tuning and is particularly important for the SMEs.