New US legislation against "patent trolls" 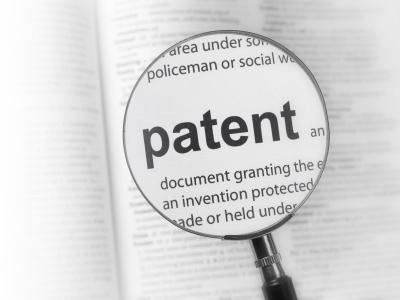 Many companies in the U.S and around the world have experienced the problems with the so-called “Trolls” or “patent assertion entities” or “non-practicing entities”. Typically, these companies buy obscure patents and use them to bully other companies with the threat of launching a lawsuit for patent infringement, which costs defendants around $ millions.
Alternatively, Trolls seek to reach an agreement with the other companies for the payment of a settlement fee. The Trolls’ typical victims are small companies, which are part of the high-tech sector, but in recent times also include universities, retailers, hospitals, charities and even consumers themselves.
Trolls typically work with lawyers on a no award, no fee basis and therefore have little legal costs and little to lose. In the U.S such cases are filed in eastern Texas, where the courts have a reputation for being Troll-friendly. The Trolls’ actions have traditionally raised the concern that the defendants are bullied into making payments for patent infringements, which should not be prohibited by the law.

However, in recent times the Trolls’ actions have raised concerns about innovation and competition. Many newly found companies, when faced with a lawsuit by Trolls have to either leave the business or become bankrupt. Big companies on the other hand have to spend millions on litigation instead of investing these amounts in research and development. Big companies such as Apple and Samsung use the Troll tactics, for example by deploying poor quality software, to prevent smaller companies from entering their market by using patent law. Therefore, the main question, which stands before lawyers, judges and lawmakers is what type of inventions should be protected by patent law.

In the U.S for example, in 1998 the Federal Circuit Court found that a business method (ie, set of algorithms) was eligible for patent protection. Since then many patents have been registered, which are very questionable. For example, upgrading computer software over the internet and the everyday practice of buying goods online with the click of a mouse were awarded patents.
Commentators argue that both mentioned actions are not novel and non-obvious. These requirements and the requirement that the invention has to be useful are internationally accepted for granting patent protection. In 2007, in a case Alice Corporation and CLS the lower U.S Court found that a way to avoid settlement risks when closing financial transactions was too abstract to be protected by patent law. On appeal, the Federal Circuit Court ruled that using the method on a computer made it non-abstract and thus patentable. The Federal Circuit Court reheard the case in 2013 and ruled that the idea was not patentable. The U.S Supreme Court will review the case this year.

To add to the obscurity relating to Trolls, the House of Representatives passed (by an overwhelming majority) the Innovation Act, a bill aimed at defending against Trolls. It has yet to be voted in the U.S senate. How this problem will be resolved around the world is yet to be seen.