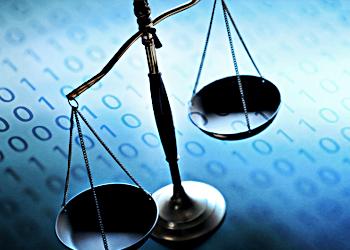 Introduction of the new communication technologies in the judicial authorities work

Despite the strict requirements of the law about the hearings the introduction of the new technologies more and more in our lives leads to inevitable change also in the judicial system in order to facilitate the process and reduce its costs.
Proof of this is the decision of the judge in the case G.Smit Hernandez v. Hendrix Produce, Inc., U.S. Dist. It’s curious the suggestion which obligates each attorney to stop and think about the legitimacy of a discovery request, a response thereto, or an objection, citing the case Bottoms v. Liberty Life Assur. Co. of Boston, US Dist., Colorado, December 13, 2011 .
The case at issue involved the plaintiffs in a farm worker rights lawsuit. Three of the plaintiffs were located in Mexico and were unable to return to Georgia for their depositions. The Defendants, on the other hand, wanted the depositions to be held in Georgia.
The Court , on its own initiative, brought up the use of Skype to conduct the depositions, emphasizing that "Skype is now used to facilitate many the human interaction," including parent-child visitation orders, marriages and depositions where travel cost is prohibitive (in this sense : Young v Young, 2013 , Tshiani vs.Tshiani, Maryland in 2012 and Yo Hui Chen vs. Chen Li Zhi, NYAD September 11, 2013 ).
The Court directed the parties to meet and confer over Skype-based depositions with translation and recordation, or the Plaintiffs contribute $1,000 to the Defendants for conducting the depositions in Mexico.

The courageous decision of Judge Smith somewhat could be in contrast with the requirements of many legal systems which allow the remote video depositions but only using specifically designed applications or which require a court reporters to be the witness for being properly sworn in. Moreover, an international setting likely would require the deponents to go to the Embassy to be deposed.

Anyway, the rapid and comprehensive development of communication technologies will inevitably affect in all spheres of life. Moreover - the dynamics of the modern world and increasingly facilitated global movement of people and exchange of goods leads to the inevitable use of digital technologies for information exchange and communication.
In the near future, advanced technologies will come and change the very specific areas of activity with strict legal requirements, such as those regarding the work process of the courts and the conduct of the hearings.