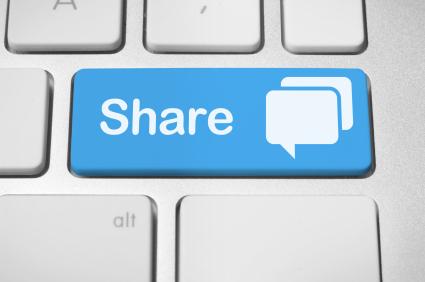 The free expression of opinions and criticism about companies and their products and services granted by default to consumers in cyberspace has become a real problem and a serious threat to the reputation of companies, often with significant economic consequences.

In order to limit the damage of shared negative comments, some service providers in the U.S., put special provisions /non-disparagement clauses/ in the Terms and Conditions for their services, creating an interesting legal precedent. There are already launched claims by companies providing dental, wedding photography and other services filed against consumers who have expressed critical and generally negative reviews for services.

Defendants in these claims failed to meet the obligations in general terms of use, that prohibit sharing of negative, damaging the reputation of the company comments. Provided penalties for violations of the so-called "non-disparagement clauses" in some cases reaches the amounts over 100 000 dollars, no matter if the negative information is correct or not. There is no doubt that the examining such cases is a serious challenge for the courts in issuing of unprecedented decisions.

Bulgarian law has no analogue of the English legal structure "disparagement", which has its roots in English-American legal system from the common law.
Our current legislation provides several legal options for illegal public disclosure of negative information for a certain company or its products or services.

If the information in the negative online review is deliberately defamatory and untrue, if publicly spread shall be deemed defamation, subject to a criminal liability under Art. 147 , paragraph 1 of the Criminal Code. "Whoever divulges shameful fact about someone or fastens a crime shall be punished for defamation to a fine of three thousand to seven thousand Levs and a public reprimand." The shared information must be false and incorrect.

Is it possible, however, one to be liable for negative comments when shared information meets the reality?
The answer to this question does not claim academic accuracy. Unfortunately, there is no case law on such cases that can serve as a guide to the interpretation of the legal provisions on the subject. My only aim in this regard was finding existing legal norms and a legal logic for their possible application in the settlement of relations with regard to online dissemination of negative information about a subject.

The answer is positive on certain conditions.

The first prerequisite is the negative comment to be done by the actual user of the services or products of a company. The user must be among the registered users of the website (e-shop) of the company who accepted the Terms of Use (ToS). By accepting the ToS , the user automatically becomes a party, bound to these conditions, which have the power and the legal consequences of a bilateral treaty.

Secondly, to have a sale of a product or service that is subject to the general conditions of the company.

On the third place, the ToS must provide a penalty clause for disseminating negative information and comments. This clause could be part of the section on the rights and obligations of consumers or standalone in the "Privacy" tab.

Many would argue that this is unfair to the consumer. Is that true, indeed ?

If the affected party uses this legal opportunity to defeat against tendentiously presented negative information that is based on the random events or the result of a malicious campaign of competitors, in such cases the use of "non-disparagement clauses" clause is reasonable and fair measure. It must be linked with the possibility provided to the consumer to make a complaint and to express their dissatisfaction first in the company . Under these conditions, legal symmetry occurs because there protective mechanism against damages from accidental events or malicious actions as provided comprehensive enough opportunity for aggrieved consumer to be satisfied by re-consideration and compensation.

Suitable for use in such disputes seems the provision of Article 137, Paragraph 2 of the Law on Protection of Competition, prohibiting the disclosure of industrial or commercial secret "when the secret was known or communicated provided should not be used or disclosed." The practical application of this provision concerning online negative reviews could encounter enormous difficulties, but in principle it is possible reasonably interpreted and applied by analogy.

Otherwise, in all other cases when the user has no possibility to address a complaint to the company and when customer satisfaction is not the main objective of the company and when the penalty shall only be implemented only as a retaliatory measure against numerous fair reviews and ratings of affected consumers, the assessment of this measure should be strongly negative.

Relationships between consumers and service providers in the online world are developing extremely dynamically. Conservative by its nature,traditional law faces serious difficulties in interpreting virtual activity in adequate laws.