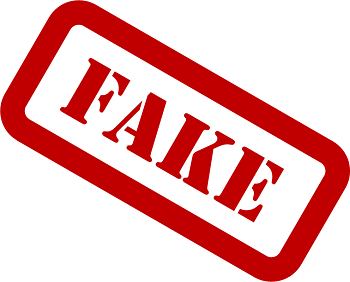 On 08.06.2015, during the plenary session of the European Parliament was discussed the need of better intellectual property protection against the counterfeit products and plagiarism phenomenon.
The debate highlights the urgency of measures against these violations which cause enormous damage to the economy and are spreading increasingly thanks to digital technology. The unlimited possibilities offered by the Internet makes this type of infringements global - so they are expanding beyond the frontiers of the EU but also easily come from third countries. This situation indicates the difficult task faced by the European legislator, particularly - the modification of the existing legal framework in order to ensure the protection of intellectual property rights (IPRs) not only within the EU and which should take into consideration the innovation of the digital world.
According to statistics, in 2013 EU customs authorities confiscated almost 36 million products thought to be counterfeit or to infringe intellectual property rights, worth over € 760 million. 10% of this amount relates to medicine products.
The discussion this week was based on two reports - one relating to the strategy within the EU and the second one - concerning the necessary actions outside the EU. The reports demonstrate not only the damages for the owners of IPRs but also for the single consumer whose health and safety are put at risk.

Action Plan within the EU
Pavel Svoboda (MEP - CZ), who is the author of the strategy measures necessary within the EU said: "We need effective campaigns, especially among the younger generation as these could at least help us to better understand the big change which is happening, especially in the digital environment. "
The Tuesday's EP resolution which adopted the report highlights the need of organizing campaigns to raise awareness of the consequences of IPR infringements for society in general but also for the individual. The campaigns aim to provide consumers with a real opportunity to identify counterfeit products not only in physical buying but also when making an Internet order.
The EU Parliament points out the need to involve all participants in the supply chain in the fight against the infringements and the need to support small and medium enterprises to obtain more affordable protection of their IPR.
To achieve the above-mentioned purposes the European Parliament recommends to the European Commission to study an effective plan for cooperation between countries and to consider some changes in the Directive 2004/48/EC on the enforcement of intellectual property rights that cover the digital technologies and the online activities.

Strategy regarding third countries
The second report discussed by the EP with author Maria Alessia Mosca (MEP - Italy) indicates the need of cooperation with third countries in the fight against counterfeiting and IPR infringements which is a direct consequence of the e-commerce and the the technological changes global nature.
In its resolution, MEPs draw attention to the "commercial nature of many of IPR infringements" and "the increasing involvement of organized crime." MEPs consider that the current approach of the European Commission does not differentiate clearly enough between the physical counterfeiting and digital copyright infringements. Therefore the Parliament draw the EC's attention to create an "online platform" able to identify and tackle these violations.
Other recommendation to the Commission is the close cooperation with the Internet Corporation for Assigned Names and Numbers (ICAAN) and the World Intellectual Property Organization (WIPO) to ensure a protection mechanism for geographic indications on the Internet.
Outside the EU, on international level, the Parliament proposes a strategy for stronger collaboration with the World Trade Organization (WTO) and implementation of European institutions acts and instruments in this cooperation.
Among other measures, the strategy aims to help identify the countries in which the protection and the enforcement of intellectual property rights is weak and overcome this problem.

Affordable medicines
In the resolution concerning the supply of medicines the EU Parliament stresses the need to balance the IPR protection with the need to ensure access to generic medicines in the patients' interest.
Parliament states that border checks aimed at blocking the access of fake products in the Member States should not block the generic ones.

The European Parliament expects timely implementation of these recommendations by the Commission and its report on these activities by June 2016.